Eye of Poseidon+In Heaven Release - and some reflections on growth, and suggestion for Finish The Dang Game Jam

The game that started it all for me Eye of Poseidon, is finally out!...

(... Somehwhat. This game roughly what it was a year ago, with a few last-minute editions to make it actually-complete, but it is still just a Quick-Start based on the long-abandoned Forged in the Dark system and heavily based on a Moves structure that I've grown out of... more later)

Want to enact the court dramas of Star Trek? In a submarine? In the apocalypse? With strange underwater flora and fauna, deteriorating underwater settlements and just a hint of cynical 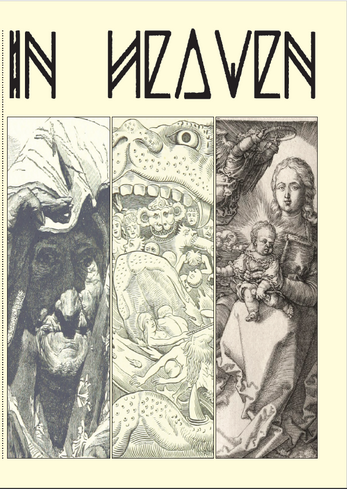 
This is a tool for generating exiting and strange afterlives for your PCs once you've ruthlessly killed all of them. It has 5 random tables, most of which contain some kind of mention of Monkeys.

Buy both of these things. They are great


So I started working on Eye of Poseidon in 2017, and have been working on it on-and-off, but mostly off this year. It is strange. When I started, I was all hyped up on the Forged in the Dark train, in fact, so hyped up that I forgot that I didn't like playing it very much. When I realized I didn't, it was pretty much too late - I had playtested a version, and I had playtested it well, but I realized that half of the fun was the framing, rather than the game.

This is not to say the game isn't fun - I played some excellent games with the system, but that I am very different now. The entire OSR happened to me, the un-happened when it unravelled (G+ closing,  the exposing of abusers in the movement), and now I don't know where I sit. You can't unlearn the lessons you've taught yourself, you can merely move on to whatever you like now. So it just so happened that I have the bones of a playable game, that I've spent MONTHS of my life on, but have no motivation to go back to in its present form. What do?

I very much want to finish Eye of Poseidon. The most common advice designers get is to not get distracted and have a strong vision, but sometimes change is good. Sometimes what you were doing isn't what you think you were doing. Sometimes its something else. Is it better? How the fuck will I know!

But how? And when will I have the time?

Well. That's a thing I've been thinking about. Introducing...


Arriving on Itch shortly, I will be hosting a jam dedicated to finishing our dang games. Games that are left in your Google Drives, your InDesign projects, games that you've practically made and forgot. I want you to finish it.

1. You have to have some sort of physical proof of the game you started with, a photo of the paper you scribbled down the idea on, a txt/doc file, a full-on PDF.

3. Upload what you started with and what you ended up with to the Itch and add it to the game jam. It's not a competition, and you should charge whatever money you think is appropriate for it.

Announcement will probably be on twitter or this blog
Upplagd av Yakov kl. 12:36