A Conspiracy of Jesters

Privately, have been accussed of being too bleak - that's fine I guess, even though I see my stuff as an exercize in dark pulp comedy. The entire wholesome hopepunk movement strikes me as cynical corporate fanservice confused for pseudo-political empowerment, but to each their own.

I do however love a good Jest. A goof. A playful little trickster. A tricky little goofster. A jolly old knee-slapper. Did you hate reading that as much as I hated writing it? Well folks, I am but a slave to my impulses.

Here's a game about being a rebellious Jester, fighting the power with subversion and trickery. You are recently unemployed and since the monarchy is the only one interested in your distinguished and highly specialized talent, you are also unemployable. Your other Jester pals were also let go, and you've formed a Conspiracy. Go forth and cause chaos!

Important disclaimer - I purposely avoided seeing the Joker movie, or reading anything about it. Any and all similarities are a product of the All-Consuming Void and should be immediately sealed into a vault and dropped to the bottom of the sea.


It's a hack of what I remember In The Light Of A Ghost Star to be (don't have a pdf handy at the moment, take that, Rules As Written).

Performer: When you make use of the physical space around you, use a prop, set-piece or weapon. Also used for prancing, dancing and skipping. (STAND-IN FOR DEX, STR AND CON)
Trickster: When you use your unmatched mastery over the social sphere to manipulate, disguise and subvert. Also used for jokes, riddles and limericks. (STAND-IN FOR WIS, INT, CHA)
Svejk*: When you project so much sheer naive dumbassery that you that the world can't help but conform to the you chaotic energy vortex. You pratfall out of danger, confuse opponents into inaction, frustrate authorities into submission (STAND-IN FOR CHA, PROBABLY, BUT LIKE REVERSE)

When you don't know if what you're doing is successful, or whenever failure is meaningful, roll the appropriate dice, and try to get a 4 or higher. As play goes on, your character might do one more specific thing consistently well. If all at the table agree that you do it well, write it down, then you can roll the dice twice and pick the one that's nice-uh, the one with the better result. Rumours say that this is what we call "rolling with advantage."

If, for some strange reason, someone were to attack you, whoever attacks you rolls their weapons damage, and you narrate how you're trying to avoid it. You can use whatever stat matches your action, roll it, and subtract that from the damage dealt.

Your main enemies are Guards and Militias. They have spears that do 1d6 Damage, bows and arrows that do 2d4 damage, or truncheons that do 1d4 damage.

To regain health, you must tell your friends jokes during downtime. One joke is 1hp. They don't have to be good, in fact, I recommend using https://short-funny.com/ or some equivalent trash site so that you don't expend undue mental energy.

The game is played in REALTIME and DOWNTIME.

REALTIME is when you narrate the specific details of an events that you and your jester friends perform together. You play in turns. Each player gets to move 20 meters and perform 2 actions that don't last more than 20 seconds combined. If appropriate, dice are rolled, resources are spent, money is spent, and the consequences are decided.

DOWNTIME is where you do stuff that takes longer, and is more abstract, such as travel, resting, planning a larger project, managing health and networking, or dealing with whatever fallout happened in realtime. Dice and resources are still spent here, but they are more of an abstract measure of how well things generally go rather than a concrete narration of what happened. If needed, go back into REALTIME if acting things out is more fun.

Advancement is gained when you have obtained enough FOOD to last you a month (4 weeks).  You start at level one. (If you don't get any food for 4 weeks you die.)

Roll 1d4 when you level to see how much your health goes up.

Also when leveling, choose one stat to increase the size of according to the following progression: d4-d6-d8-d10-d12

Here's some stuff you might have, if you want. Only scum will sell to you. Everything is for free if you can steal it. 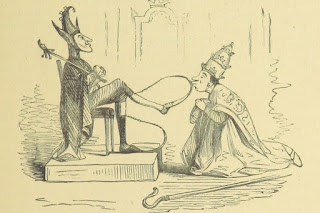 But you should probably figure out what is to be done yourself.

*Svejk is the literary hero of Jaroslav Hašek. He is an enthusiastic soldier who manages to subvert authority by submitting so deeply to it, and taking it so literally, that authority becomes functionally useless. Play accordingly. https://en.wikipedia.org/wiki/The_Good_Soldier_%C5%A0vejk 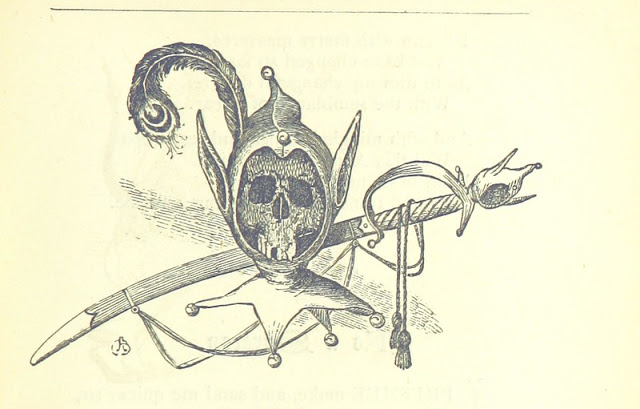